The 37th Annual J.P. Morgan Healthcare Conference kicked-off on Jan. 7 with a bang as Eli Lilly and Company (LLY) announced that it would acquire Loxo Oncology (LOXO) for $8 billion[1]. Loxo Oncology will provide Eli Lilly with access to several cutting-edge cancer fighting drugs including those that inhibit oncogenic drivers in cancer. Eli Lilly purchased Loxo at a premium of about 68% or $235-per-share.

The deal is the second largest biotech acquisition since the start of the new year. The first being Bristol Myers Squibb Co’s (BMY) acquisition of Celgene Corp. (CELG) for $74 billion, which was announced on Jan. 3.

– FDA Commissioner, Scott Gottlieb – On Jan. 8, Gottlieb announced that the Food and Drug Administration will be constructing a new office to improve the review of new medicines. During the conference, Gottlieb also commented on the FDA’s goal to increase biopharma competition in the generic drug market to help lower costs.

– CVS Heath President and CEO, Larry Merlo – Attendees of the conference readily awaited the presentation of Merlo since the recent close of the CVS-Aetna acquisition. During Merlo’s presentation, he elaborated on CVS’ plans to open several concept stores to pilot a new model of healthcare delivery to patients. Merlo also detailed several other initiatives including efforts to improve patient care through more robust data and analytic capabilities for the pharmacy staff.

Many pharm/biotech, health services, medical device, and HIT companies are invited to attend the conference each year to announce recent advancements in medical research, partnerships, and technology and the conference this year was no exception. Sage Therapeutics, Inc. was one of those companies who amid all the oncology talk at the conference, shocked the biotech industry with reports of a new drug that significantly helped patients suffering from postpartum depression. After the presentation on Monday, Sage’s stock spiked almost 43% suggesting that the healthcare populace responded enthusiastically to the presentation.

Many analysts believe that these deals are just the beginning of what could be a very active lending year in 2019. With M&A deals most commonly financed through debt, bankers are eager to see if this trend continues for the duration of the year. Loan backed M&A Healthcare deals specifically amounted to $32.2 billion or roughly 14% of the 2018 overall total.

According to a Capital One survey, 44% of respondendts said mergers and acquisitions are the preferred approach for growth. Another recent survey found that healthcare executives are especially focused on an M&A strategy to assist their businesses in exceeding benchmarks set in 2018. Jordan Shields, a specialist in not-for-profit hospital M&A, explained that although M&A is not a “magic bullet” it continues to be the most effective way for healthcare executives to improve their business’ quality, efficiency, and access to capital.

In prior years, the Affordable Care Act (ACA), most commonly known as Obamacare, has been a hot topic at the J.P. Morgan Healthcare Conference. This year, however, it was relatively ignored. So what is the outlook on the ACA in 2019? While things are still uncertain regarding the longevity of the act, it is no secret that efforts have been made by the Trump administration to repeal it. Since these efforts have been overall unsuccessful, the ACA remains in place for now. Analysts anticipate the lack of reform from government will continue to add pressure for the sector to consolidate and streamline its efforts on its own.

Katie Allen contributed to this report. 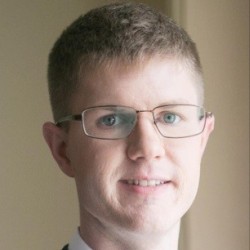